INTERVIEWS
Picture of elegance and poise, we’re not sure what sparkles more — the emerald stunners that embellish her ears or the lady herself. Think Sridevi, and the first image that comes to mind is her shimmying as Miss Hawa Hawai... in Shekhar Kapur’s Mr India. Years after bidding goodbye to mainstream cinema, a short stint on TV as the vivacious Malini Iyer, the actress has finally decided to make a comeback opposite brother-in-law Anil Kapoor in a sequel to Mr India.

So, have the years away from the arc lights dimmed her passion for cinema? “Absolutely not,” shoots back the actress. “Cinemas was, has and always will be a major part of my life. It has made me the person I am today and I do not know a life apart from movies. It’s true that I did take a break for a while, but that was to tend to my children and my family. Even then, I was always active with Boney’s production company,” she adds. 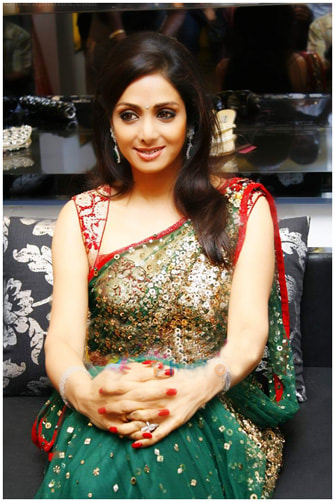 Sridevi started her career as a child artiste in the Tamil movie Kandhan Karunai, and went on to act in a number of Tamil, Telugu and Malayalam films. Her big break however, was when she was picked by legendary director K Balachander as a heroine in Moondru Mudichu, where she starred opposite Kamal Haasan and Rajinikanth. Ask her how the journey has been and she says, flashing a dimpled smile, “The journey has been phenomenal. I have learnt so much from the many incredibly talented people I worked with. Every day has been a learning experience and, in a field like this, you have never learnt enough.”  ​ 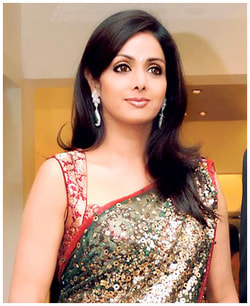 Tell her that she is still considered one of the most beautiful women of Indian cinema, and is truly a glam diva and she quickly dismisses the compliment. “According to me, Rekha and Hema Malini are the true south Indian stunners. They have style and poise that is unmatched. They set the precedent for us and I don’t think I even come close to these divas,” she says humbly. So what is her style statement and how does she manage to look like a million bucks, in spite of spending most of her time running behind her daughters? “I think that is the key. That’s my form of exercise,” she laughs. 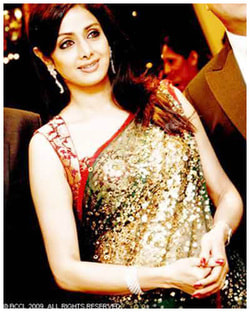 She adds, “My style mantra is very simple. To me, comfort is crucial. Be it western or Indian clothes, unless I am comfortable wearing an outfit, I will not even bother trying it on. Fashion has to be practical and wearable; not outlandish and loud.” Any favourite designers? “I love Manish Malhotra’s clothes. He is a very talented designer, with an eye for detail. I also think that his clothes are very flattering and he knows how to make a woman feel special,” she asserts 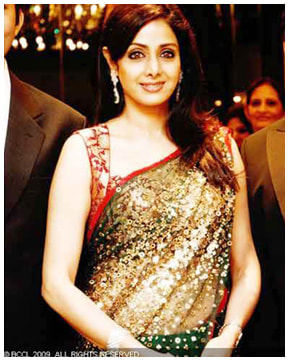 As the mom of two, she devotes a majority of her time to her family, but she has finally given the nod to husband Boney Kapoor’s sequel to Mr India. Prod her a little about the project and she says, “Yes, I have agreed in principle to do the film, but it’s too early to say anything now. It is still in the nascent stages and nothing has been finalised yet. When there is news, you will get to know.” Tell her that brother-in-law, Anil Kapoor said that he needs to get permission from Boney Kapoor to romance her and she laughs heartily. “Anil does not need permission from my husband. We are one big, happy filmy family and it was Boney’s idea to do the sequel.” 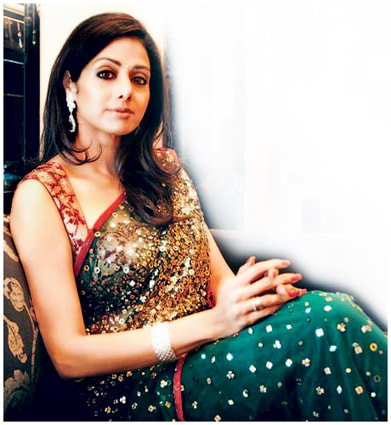 Finally, what does Chennai mean to her? “Chennai has always been my home. I love spending time at my house here and drag my husband and kids down to Chennai at every given opportunity. The girls love it here and so does Boney.”
​