INTERVIEWS
Says Sridevi - the phenomenon of the Indian film industry during the 80's... the legendary actress who inspired many bollywood greats such as Madhuri Dixit and Juhi Chawla was the nation's first choice during her regime in the midst and late 80's.. the talent supreme is known for her superb spontaneity and comic timings..  the diva is making a comeback with 'English Vinglish' which hits the screens on 5th of October in Hindi and Tamil simultaneously and will also be dubbed in Telugu... in a rare candid chat with indiaglitz Sridevi opens up on her comeback, today's film industry and of course 'English Vinglish'.

You broke the hearts of many fans when you quit, you are a diva, what kept you away all along
Thanks to all of them I don't think I would have been had it not been for their love. I wish to tell my fans that my family and my daughters kept me busy all these years. They were too young to miss a mother at home. Films were always there. I wasn't excited about any offer till Gauri Shinde came to me with English Vingish. It just took a second to say yes after hearing the script.

What made you say yes to Gauri
It was the story and the script. I fell in love with the character Sashi when she narrated it to me. My meeting with Gauri too happened so smoothly. I was talking to Balki her husband when he said his wife had a script. She came over and narrated and I simply said yes.

Heard that Madame Tussaud's approached to make a wax replica of you
I can't comment on that. It's too early to talk about it till it is officially signed.  I will let my fans know when it happens. 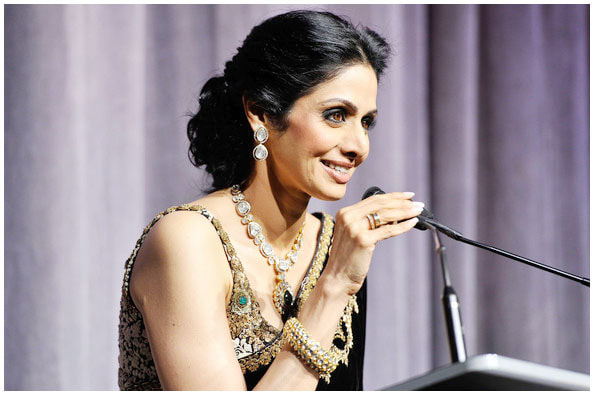 In the meantime you must have received a lot of offers
Yes I did but nothing exciting came up. Since my children were young I was not keen and was lost in my own time frame and family. I just couldn't pull myself away from there.

How have they reacted to your film now that they have seen it
They are overwhelmed. They have seen my films on television but this was the first time they saw my fans reaction towards my film.

How did you feel when the film received a standing ovation at Toronto film festival
I was overwhelmed.  Women from different parts of the world came to meet me and said how touched they were with my character since they had faced similar experiences.

Your comeback how it feels
I don't take it as a comeback as I had never quit the industry.  My presence was always there in the industry.  It is a heartening experience to know that you are loved and being missed. Nothing gives you a high as much as the love of your fans.

How much has bollywood changed
Yes it has changed a lot. We have advanced technically, we have films with sync sound and there's this whole invention of 3D. We have become much bolder and the entire technique of filmmaking has changed. 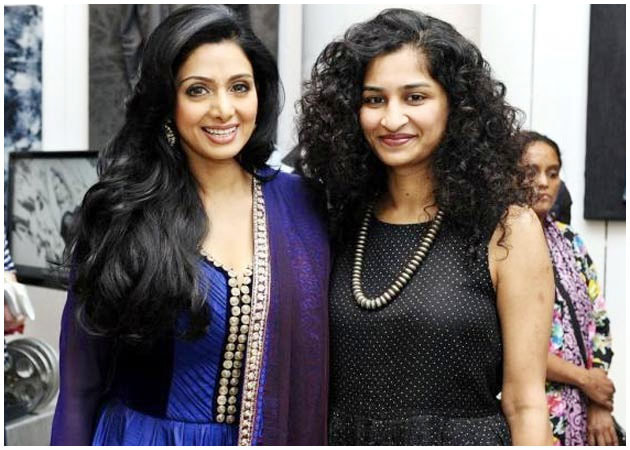 Your first film with a woman director
Yes and I enjoyed the experience.  She was very cool and gave me a lot of confidence. She placed implicit trust in me as an actor and as a director.

What is the secret to your glowing look
(Smiles) It's the love of my fans and people around me. I have always believed that your face is a mirror to your nature. What you feel inside reflects on your face. So be happy and positive all the time.

What about the sequel to Mr.India? Will you be part of it.
Yes everybody is waiting for it but first we are doing No Entry Sequel and then we will think of Mr. India. I have not thought about it.  It's too early to talk about it

What about television. A lot of actresses are also hosting shows
I have not got any offers. If I do get anything interesting I would love to do it.

Big B is playing a cameo in the film. You have done many films together. How was it working with him after such a long time? His 70th birthday is approaching too
I really enjoyed working with him after a long time. It's great to hear that he is turning 70. I wish him all the best and wish him a very long and healthy life. I wish he goes on working like this forever and does different roles. 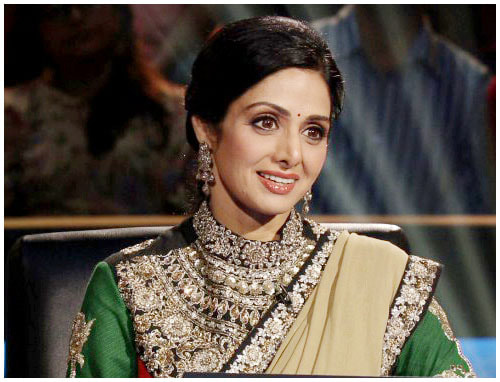 Your daughters have grown up and we have heard that Janhavi is interested in films too. Does she plan to debut in films now
They are too young to think of films and Janhavi changes her mind every day.  She has not decided what she wants to do in the future. I want her to study as of now.

Have you seen any latest movies. What is your opinion about them
Oh there are some wonderful films being made. A lot of talented directors have sprung up. Our actors too are wonderful. I loved Kahaani, The Dirty Picture and No one Killed Jessica. Vidya and Rani were superb and they are highly talented girls.

How you look at actors of today
Like I said they are all a talented bunch. Children know what they want and they are grooming themselves and are aware of the new technologies.

Himmatwala is being remade and directed by Sajid Nadiadwala. Your comments
I don't want to say a word about it. I choose to seal my lips.