Here are some avatars we would love to see Sridevi in the future. 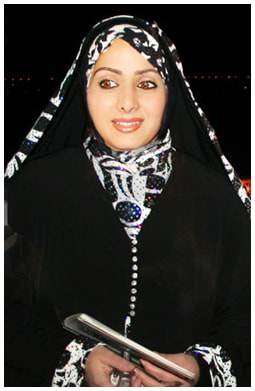 It would be really interesting to see Sridevi in an Islamic/Arabic avatar which would give the character she would play a sense of uniqueness . We have imagined her in such picture and the end result was marvelous. She looks very beautiful. Don't you agree? of course she has played Islamic characters in movies like Khuda Gawah and Heer Ranjha but this would be totally different.
​ 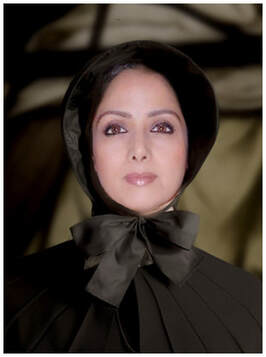 Have you ever wanted to see Sridevi in a nun's outfit. Would you like to see her in a role similar to what Meryl Streep did in Doubt? We think that she would be very suitable for such a serious role. She would rock in a such character. Look at the picture and imagine her in that outfit!!!
​ 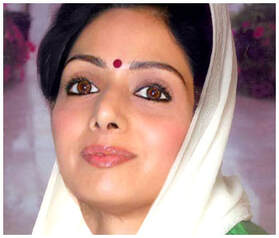 Do you think Sridevi would be good for a powerful politician role? We have seen her as the business tycoon in Laadla and we would love to see her taking the charge of the country. This can be in a positive way or a negative way. However we have decided to imagine her as the positive politician. To do something as Hema Malini did in Razia Sultan but in the modern age. It would be interesting to see her playing something similar to Indira Ghandhi's personality.
​ 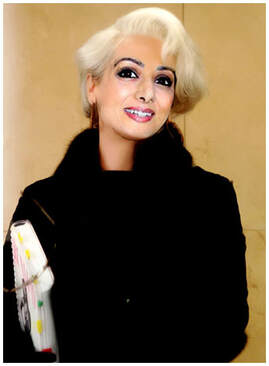 We have seen her playing negative roles in Laadla and Suhaagan and a comic role with negative shades in Judaai, but how about something like what Meryl Streep played in Devil Wears Prada. That role would be really cool if she would do. It is not a negative neither a positive role. It is a role that would give tough time to the other characters in the movie. We gave her here the same appearance and look!!!!
​ 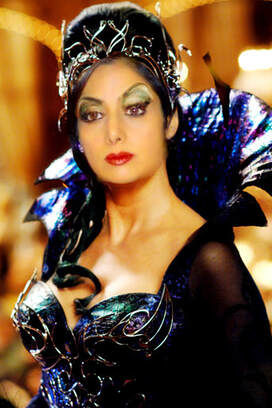 We have heard that she might be or might not be a part of Mr. India 2. Nothing is sure yet. Mr. India is a science fiction movie. But how about a fairytale movie? and yeah this time we do not want to see Sridevi as the goodie girl as she played in Chandramukhi but for a change we want her as the evil witch. Now do not curse us for making her a witch!!!
​ 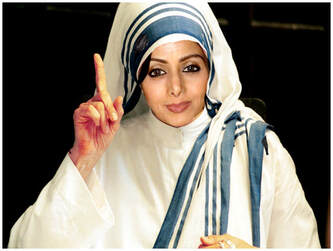 How about playing a biography? maybe mother Teresa?? Odd choice? Well if Sri has played a child woman, A snake or a super woman in a so convincible way then she would be able to play anything. Here is Sridevi as mother Teresa.
​