fans corner
​Added on 25th March 2015
The things we do as fans for our Sridevi are beyond belief. We love her, no doubt. And be sure that the elegant lady loves us back too. In November 2012 a big group of die hard and very loyal Sridevi fans decided to throw a success party at PVR Theater in Mumbai celebrating the huge success and appreciation that English Vinglish has received. Fans have requested the film director the gorgeous Gauri Shinde to join with Sridevi and be part of this celebration.

Gauri Shinde arrived and she was very sweet, down to earth. She did not behave like a director of a successful film, but a normal person. Fans were whistling, clapping and cheering at the screening and Gauri was watching them and laughing at their reactions to what was happening on the screen. We are sure she has felt all the love and affection that her wonderful film received by the fans and audiences.

At the interval Sridevi arrived! fans were ecstatic! That day Sridevi had an eye injury and the doctor asked her not to leave home for few days until her eye gets fine. Despite this the queen still made it to the event! She welcomed all the fans with her beautiful gentle smile, She spoke in Tamil with some of the fans. All fans questions were answered too! Fans also asked her to do the Michael Jackson dance step from the the film which she did! Sri was very very humble and cooperative. She signed each and every autograph without any fuss or acting starry!

When the event came to an end and she was about to leave the venue a small girl aged 7-8 years went running towards Sri asking her for a picture. Her manager said "Sorry, enough, Madam has to leave now" but Sri interrupted and posed with the little girl with her hand on the girl's shoulders. Sri also thanked all the fans for their continuous love and support.

This was a fun filled evening. Having your absolute favorite superstar in front of you in that humble and down to earth way. Everybody felt the love and warmness in this joyful togetherness. When the evening came to an end and both Sridevi & Gauri left some of the fans had tears in their eyes. The tears of joy that they will never forget.

Date of the event: 5th November 2012
Venue: PVR Theater in Mumbai
Story & Pictures have been contributed by one of Sridevi's die hard fans and one of the strongest pillars in Sridevi's fan club, our dear friend Deepa Bhatia 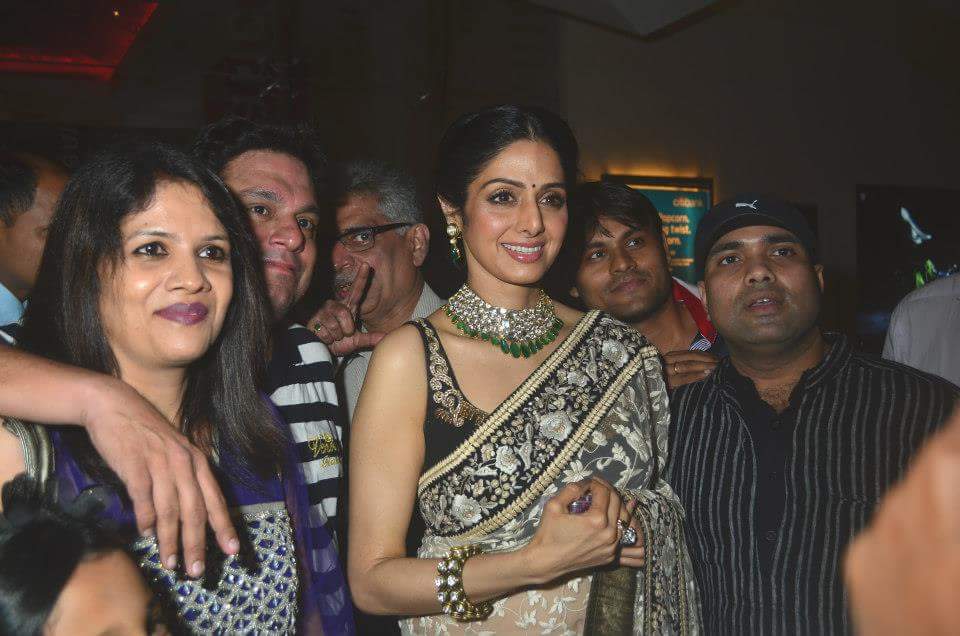 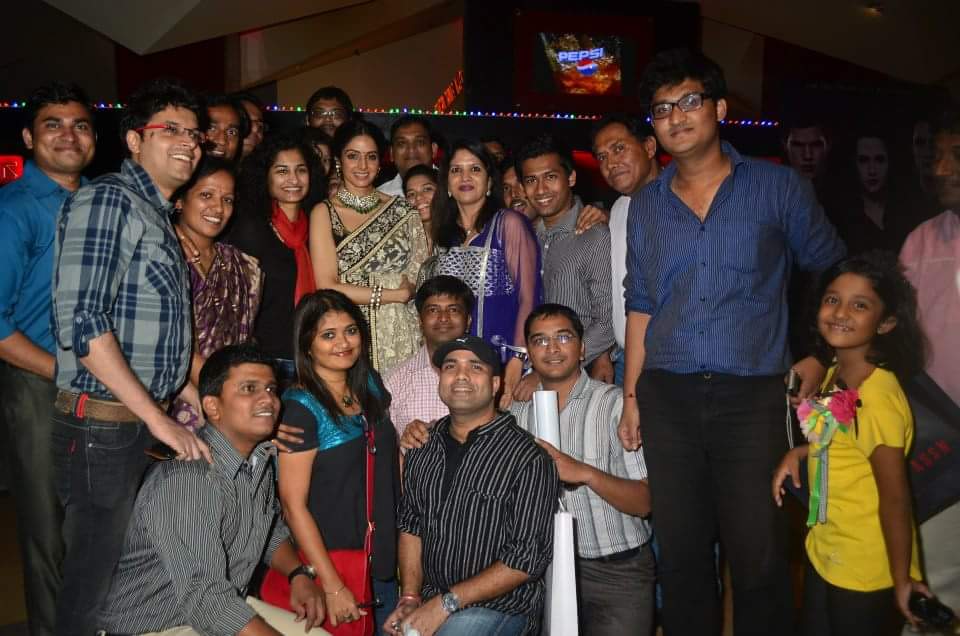